From Prep Chef to General Manager: How a Kenyan Mom Climbed the Ranks of a Global Fast-Food Chain 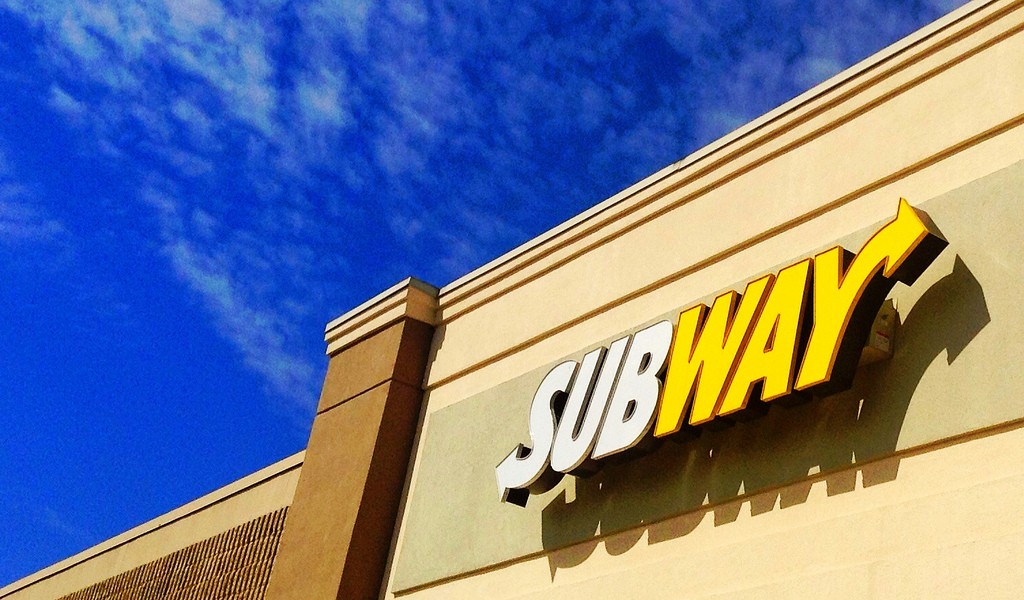 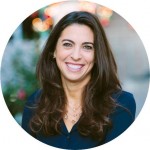 Lauren Everitt is the Editor-in-Chief of MindSky.

Velma Induswe rose with record speed through the ranks of not one, but two international food chains, Pizza Inn and Naked Pizza. Most recently, she accepted a new job as multi-unit manager for Subway, the U.S.-based sandwich franchise.

Her commitment to excellence won her the favor of managers and customers alike and saw her climb the career ladder from prep chef to shift manager to store manager at Pizza Inn. She made a similar ascent at Naked Pizza, assuming the title of general manager after just two and half years.

Induswe’s career is even more impressive given the fact that she’s a mother of two and has managed to balance the demands of an industry known for long, tough hours with family life. AkilahNet caught up with Induswe to learn what it takes to stand out in a competitive field, her biggest challenges, and why she sends email at 3 a.m.

How did you get your start in hospitality?

I got interested in hospitality because my mom liked cooking, hosting functions, and presenting meals. So for me, the interest developed at home. I studied home science in high school, a subject that is related to hospitality. Then I earned a diploma in hotel management and catering at Amboseli Institute of Hospitality and Technology. I did my internship at Windsor Golf Club and in the catering department of Gertrude’s Children’s Hospital in Nairobi. They didn’t have space for me after I finished my hospitality internship so I looked for another job. As you know, if you don’t have a job in Nairobi, it’s hard to survive. I became a teacher and taught social studies, science, and French classes in primary schools. 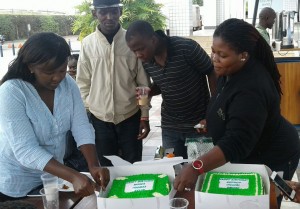 How did you make your way back into hospitality?

I applied for a manager opening at Pizza Inn and I got a job offer. But they started me in the kitchen as a prep chef. I was there for six months and then got promoted to shift manager. I was later promoted to store manager and I transferred to Chicken Inn as the store manager there.

While I was working there, a customer approached me about a job with his restaurant, Azalea. He offered me the position of head of the marketing department. I accepted and went to work. Unfortunately the restaurant was sold a year later, and the management wanted to give us a pay cut. I decided not to hang around and started my own business breeding dogs.

I was surfing the net when I came across an international franchise selling pizza. When I responded to the advertisement, I learned that it was Naked Pizza. I had a background in pizza, so I decided to apply.

I met the owner, Ritesh Doshi, during my second interview. Ritesh was very impressed that I’d done my homework. I had done my research — I knew more about the company than he did! Within a week, I had a job offer.

I had applied for the position of assistant store manager, but we all started as tribe members, essentially normal staff. It was a bit of setback, but they brought in a trainer from the U.S. to teach us operations and procedures. The trainer recommended that I run the commissary, so I became the commissary manager before I’d finished my three-month probationary period.

Soon after I started, the store’s general manager left, and Ritesh offered to train me to run the outlet. So I ran the commissary while also learning how to run the store under his guidance. He is a perfectionist, so learning under him was a bit challenging as you have to learn fast. I got a promotion after that year to store manager of our location in Westlands.

I was pregnant at the time, and I didn’t realize how hard I was working until Ritesh called to tell me that he was proud of me. He gave me the Manager of Year award and a present.

I came back after five months of maternity leave, and Ritesh offered me the general manager position under the condition that I train others to do my previous role. So I was working as the general manager of Naked Pizza under Ritesh’s guidance until our closure in May.

“I’m the kind of person that when I want to do something, I always want to do my best. I believe in making a good name for myself.”

You seem to catch employers’ attention and earn promotions quickly. What helps you stand out?

I’m the kind of person that when I want to do something, I always want to do my best. I believe in making a good name for myself. Just like the Bible says: A good name is more desirable than great riches.

Naked Pizza was recently sold. Where do you go next?

I signed a contract last week to become a multi-unit manager at Subway. I’m currently doing Subway University’s online training program. The training is supposed to be two weeks, but I have WiFi at home, so I put in extra hours in the evening. It’s not just management training, we learn the basics too, from being a sandwich artist to customer service.

As a mother, how do you juggle family and work?

It’s important to balance your time and give priority to what’s needed. When I’m at home, I try to sort out my kids and what needs to be done. At work, I put the home stuff aside and just concentrate on work. I’m a night person, so I keep late nights to add extra hours to my day. When I was at Naked Pizza, I would answer emails and finish reports late at night. I’d send emails at 3 or 4 a.m. Ritesh used to ask me, What time do you sleep? I like to have everything planned in advance so I know what I need to do when I go in the next day.

What has been the most challenging part of your career?

I used to rule with an iron fist. So I had to tone it down and get in touch with my softer skills. I had to understand that sometimes when people do something wrong, it’s not that they wanted to, they simply didn’t know.

I became much softer, but you still have to be strict with rules and regulations. When you follow standard procedures, it’s hard to go wrong. At first it’s difficult because you just want to do things the way your head tells you. But when you follow a procedure, it makes operations smooth and easy because the next person will already know what to do.

What advice would you give to someone looking to follow a similar career path?

No one can do it alone. No one can purport to have a monopoly of wisdom and knowledge. You must be continuously learning, and you have to accept that there are people who will be better than you and those who do not do things as well as you. So you need to pick up what’s useful and move on.

Naked Pizza has a unique take on customer service. Could you tell us about that?

Naked Pizza treats its staff well first and then the customer. You’d think it would be other way around, but if you treat the staff well, then the customer service comes automatically. The staff aren’t being forced to smile; it just comes naturally.

We also really value feedback. We check comments on social media, such as Facebook, Foursquare, and TripAdvisor. We’d celebrate positive reviews as a team and print them out to post on the staff notice board. When we got negative feedback, it was a learning point for all of us. We would ask ourselves: What did we do wrong? What do we need to change? A lot of times, it would just be a matter of educating our customers so they understand what they are ordering. For instance, some of our customers would read about Naked Pizza in the U.S. or Dubai and assume that our pizzas were gluten-free. So we had to make it clear that we didn’t offer gluten-free pizza.

“When we got negative feedback, it was a learning point for all of us. We would ask ourselves: What did we do wrong? What do we need to change?”

Would you advise other mothers to consider a career in hospitality?

It is place a raise a family — I’ve worked with people whose kids have now gone on to college and university. You can have a career in this industry if you focus and plan very well. I see young people complain about the small salary for waiter jobs, but you’ll be rewarded for good service. Customers will give you tips. Those people who work well and do their best with minimal supervision end up being appreciated by customers and receive new opportunities or recommendations.

What are the employment prospects within international fast-food chains?

I’ve not been at Subway for long, but the growth rate is high, and the rate of outlet opening is high. Someone who comes in as a sandwich artist could be a shift leader within a few months. In this industry, you can grow your career based on your performance. It’s very results-oriented: If your results are amazing, it will determine your growth rate.

A lot of young people are focused on the money. But when your focus is on the money, you miss the bigger picture. When you’re in the hospitality industry, there are so many areas for growth. In my case, I worked at Pizza Inn, Naked Pizza, and now Subway. They are all international franchises, but they have different ways of operating, so you can really broaden your experience and knowledge.

Tell us what you think in the comments!